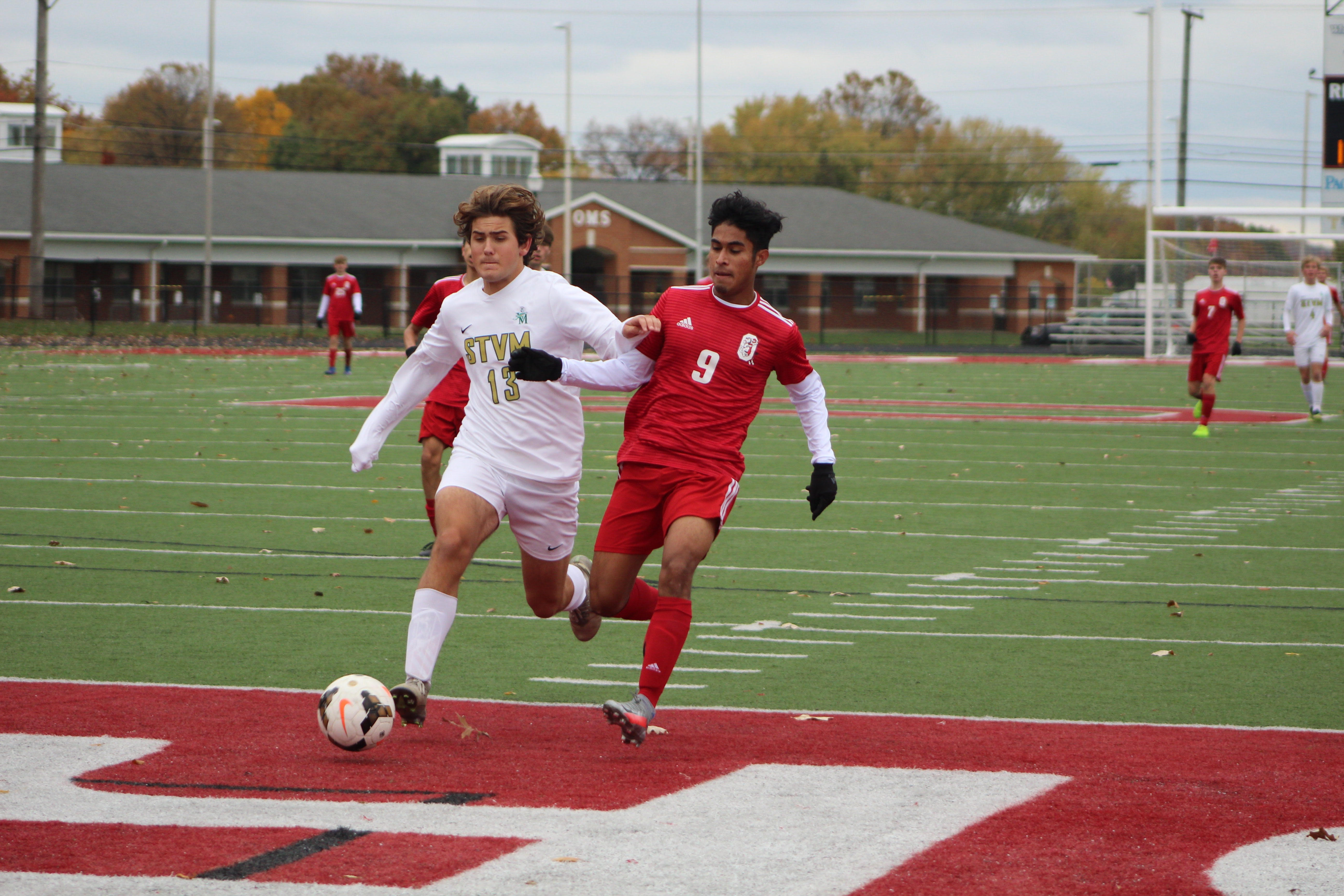 The Red Riders’ playoff hopes came to an early end with a disappointing 2-1 overtime loss to the visiting Akron St. Vincent-St. Mary Fighting Irish, the same team Orrville lost to in last year’s playoff run. This was the fewest amount of goals the Riders scored in a game all season. Orrville ends the season with a 16-1-0 record (8-1-0 home; 8-0-0 away). The Red Riders had earned a bye in the first round of the playoffs, so they did not have to play a game earlier in the week.

The teams battled for nearly 100 minutes before Dhiren Brickman put the winning goal in the net following a free kick. He did it with 10:12 left on the clock in the second sudden death overtime period.

Each team scored a first half goal before going through a long scoreless stretch, which led to the need to play overtimes. The Fighting Irish struck first just two minutes into the game to take the lead. The Red Riders responded when junior captain Tristan Wilson headed the ball into the net off of a free kick assist from sophomore Ryne Armentrout, evening the score at 1-1.

After a scoreless second half, the game moved into two 15-minute overtime periods. Even though one of the SVSM players was sent off during the first overtime with a red card, giving Orrville a man advantage, the Red Riders could not find a way to capitalize before the Irish scored their golden goal. Junior goalkeeper Nick Troyer led the way for the Orrville defense, with at least a dozen saves, to keep the team in the game.

The Red Riders thank their supporters for all of their encouragement throughout this record-breaking season.