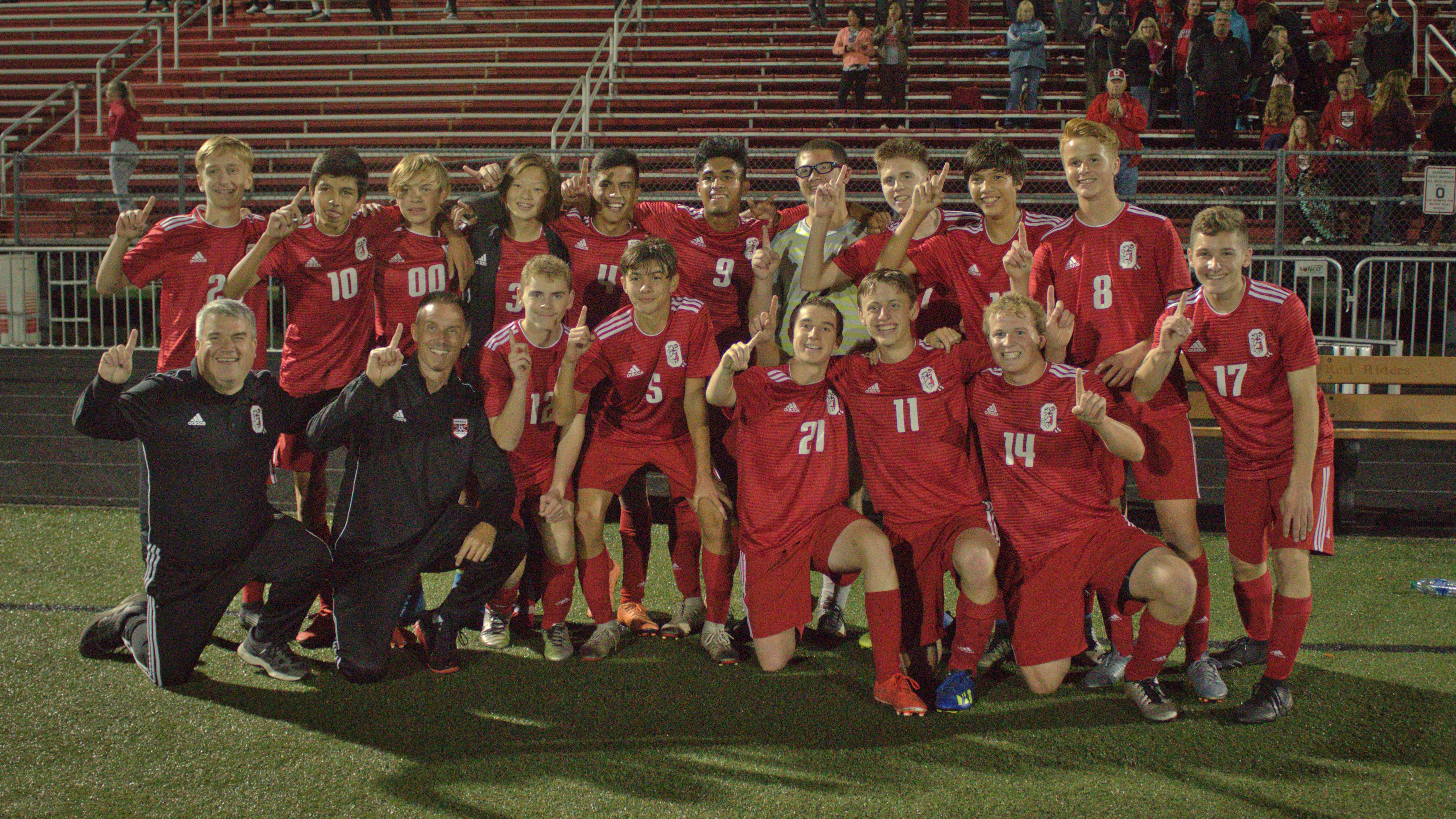 The Orrville Red Riders (10-4-2, 8-2-2) have claimed their first ever conference championship in the team’s 25 year history with a 3-0 win over the Fairless Falcons. They did it on Senior Night in front of their largest crowd of the season as Jacob Andrew, Cole Davis, Nicholas McFarren, and Daniel Rittgers were recognized before the game. It was the Riders’ third shutout on the season and second in the same week.

With the win, the Riders edge out the CVCA Royals by one point in the final regular season PAC-7 standings. This season’s squad has also tied the single season wins total for any Orrville soccer team with 10, with an opportunity to break that record in the playoffs. After a 3-3-0 start, the Red Riders have finished the regular season with an impressive 7-1-2 record over its last 10 games.

The first half was scoreless with the Riders missing on several scoring opportunities. However, the team remained poised as they came out for the second half. It wasn’t until the 58th minute that Orrville finally grabbed the lead on a goal by freshman Deninssonn Lopez off an assist from freshman Ryne Armentrout. Seven minutes later, Armentrout scored on an assist from sophomore Tristan Wilson to give the team some much needed breathing room. Lopez put the icing on the cake with his second goal of the night on an assist from freshman Jonathan Gonzalez with six minutes to go. Lopez now has 24 goals on the season, one of the best totals in the area.

The Riders continue their season into the playoffs as the #3 seed in the Canton bracket (Division 2, Region 5) on Saturday, October 19 at 1:00 p.m. when they host the winner of the Springfield/Coventry game (played on Oct. 15).