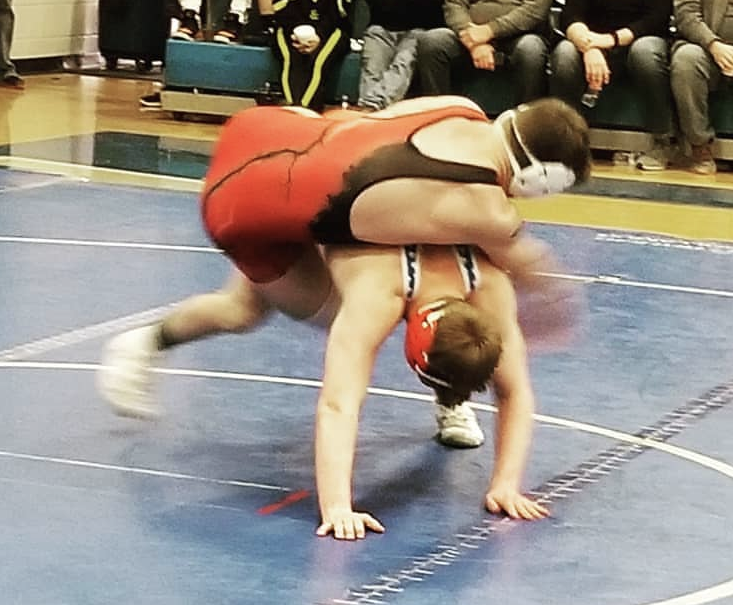 Senior Coddie Phillips defeated WCAL Champion, Andrew Berry of Smithville, by a score of 6-4 to take the title of the 285 pound weight class at the Northwestern Sectional. Phillips recorded two decisions and two first period pins to claim his first sectional title. He currently sits at 99 career wins.

Junior Cory Stiffler lost his finals match to WCAL Champion, Peyton Lemon, by pin. Cory recorded a technical fall, and win by default to earn his second trip to the district tournament.

Senior Kollen Butler, who wrestled in the very deep 138 pound weightclass, opened the tournament with an victory over Waynedale’s Gabe Mathias. However, in his semi-final match, he drew the #1 seeded and former state-placer, Austin Shepard of Norwayne, Butler lost the match. The competition didn’t get easier as Kollen had to wrestle the 18th ranked wrestler to earn a trip to districts. Kollen earned a hard fought 11-6 to stamp his invitation to the district tournament. In the finals, Kollen lost by forfeit due to precautionary measures.

Freshman Wyatt Waldron wrestled tough against Northwestern’s Brady Duvall to earn an 8-2 victory and a spot as an alternate in the district tournament. Waldron narrowly missed qualifying after leading the qualification match, but finally succumbing to the Tuslaw senior by pin.

Sophomore Tyler Gaines kicked off the Red Riders tournament with a win over LJ Pitts from Northwestern 8-5, however he was unable to qualify. In addition to Gaines, also wrestling tough but failing to qualify were Aiden Beam, Alberto Gray, Hunter Kerestes, and Brady Ayers.

Rounding out the team is Senior O’Shea Smith and Alex Dalessandro, who were both unable to compete due to illness.